‘The words between us’ was created and presented as part of Performance Matters research project.

An empty, silent space, a table, two chairs, a paper, a timer. Two people are sitting opposite each other, exchanging written words for ten minutes. The Words Between Us is a one-on-one performance that deals with written language as an event by repeatedly creating collaborative written documents within a duration of two hours. The participants communicate without speaking, creating a performance space that is less about what is said and more about what is written between them. Two people are looking at each other but they are restricted to the use of written language -both theirs and borrowed- to communicate, as if this were a live type of internet chatting.

Creating dialogues that stand between the real and the fictional, departing from phrases of literature and other kinds of texts, the two participants get involved in the intimacy they generate. How does this alter their way of thinking? How does it alter their words? How does it affect their relationship? 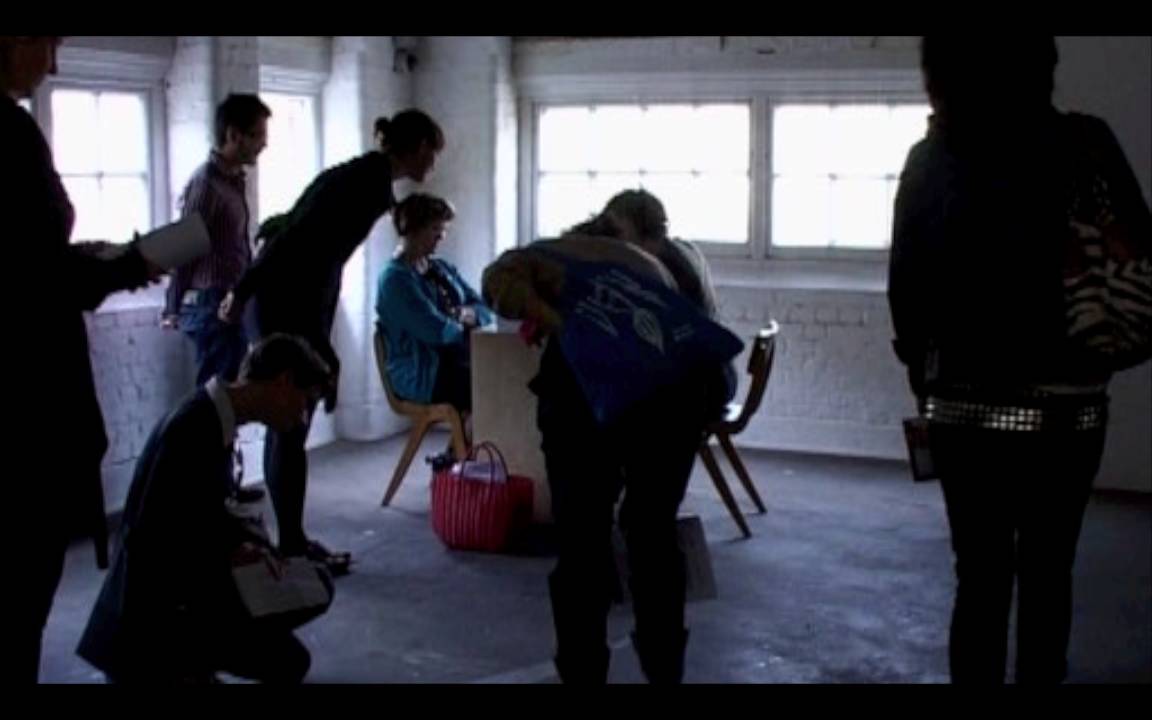 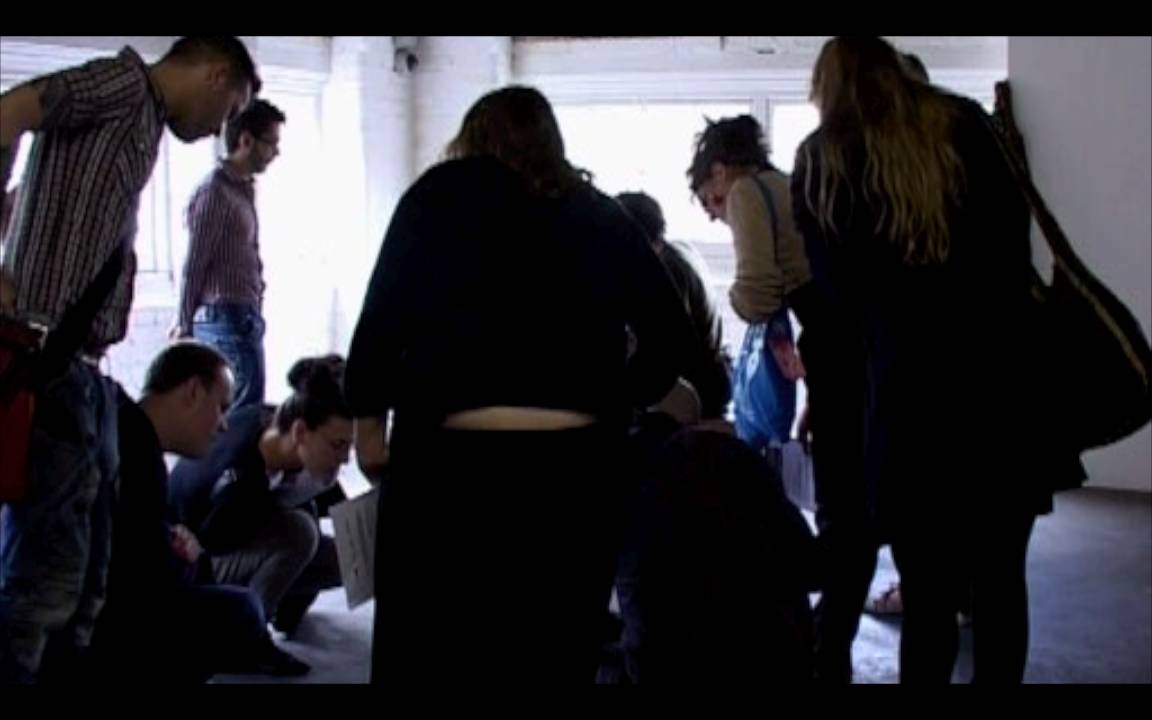 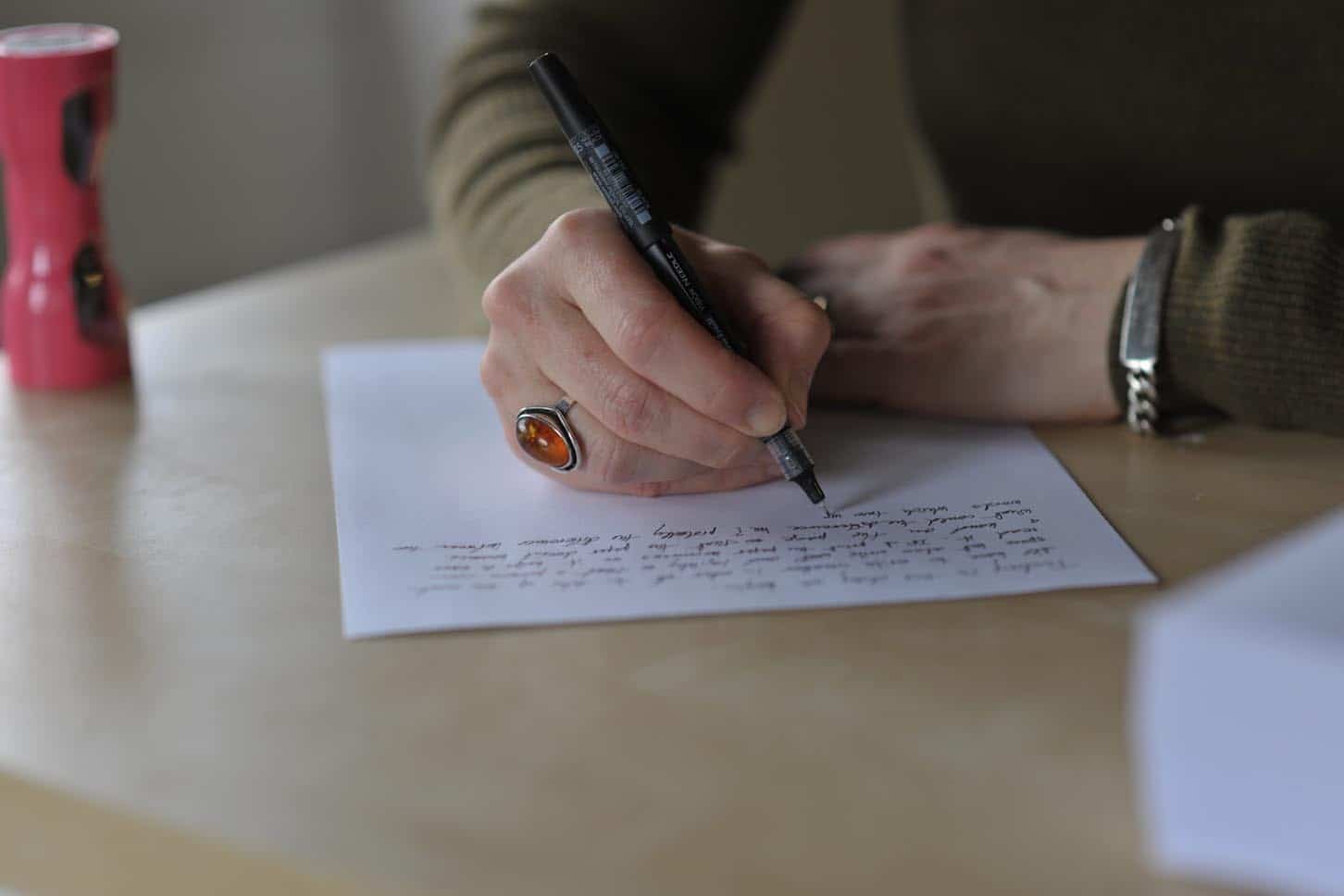 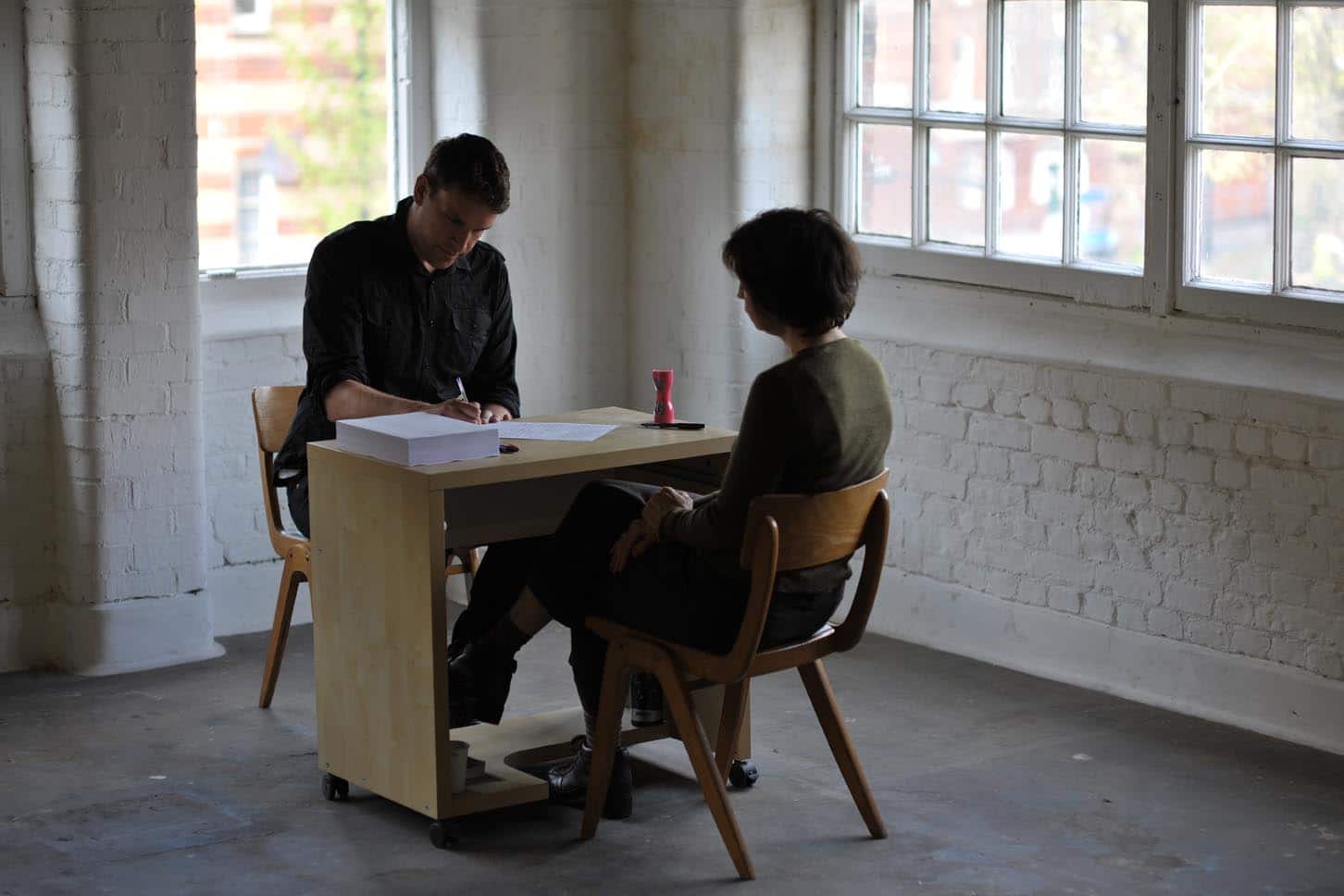 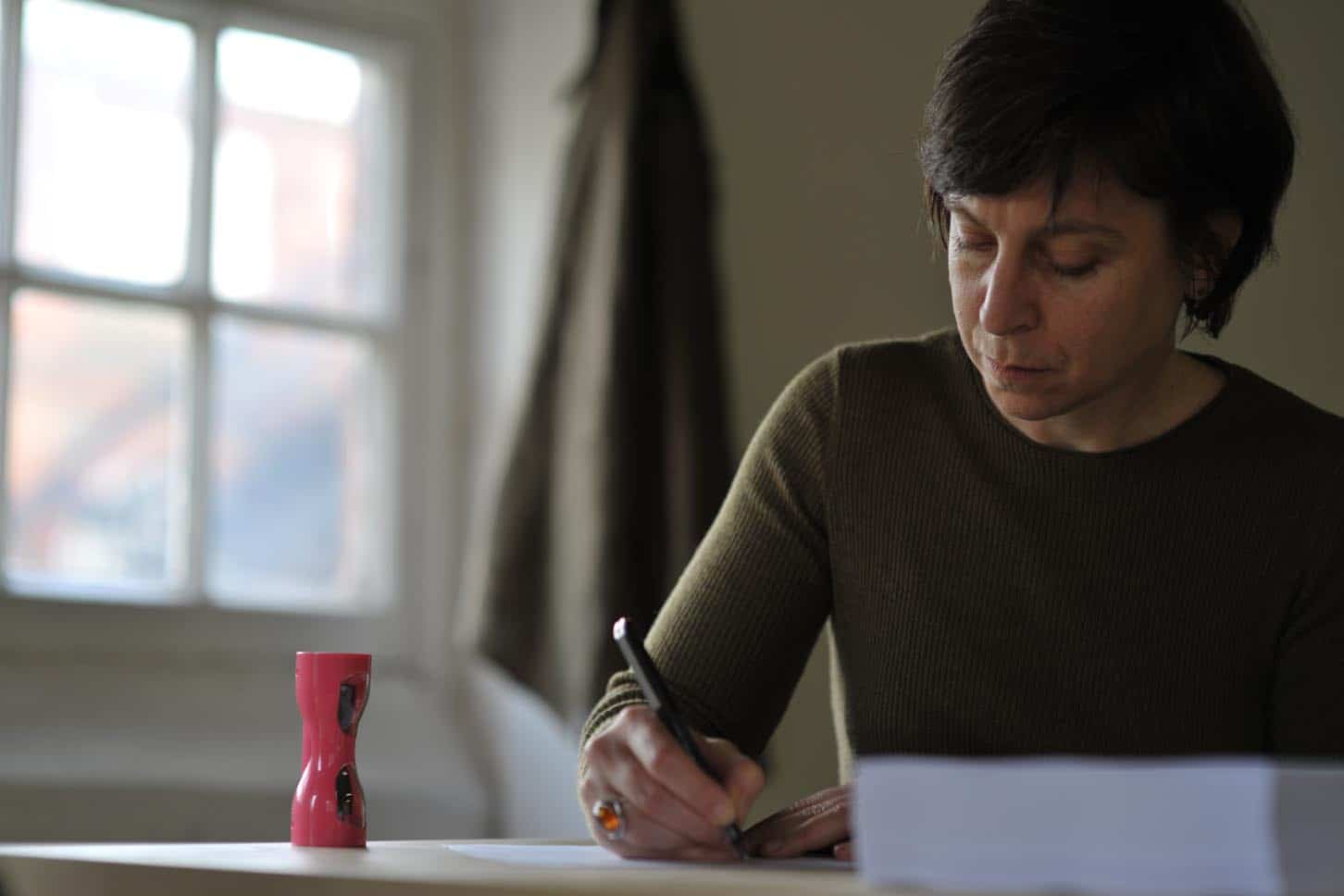 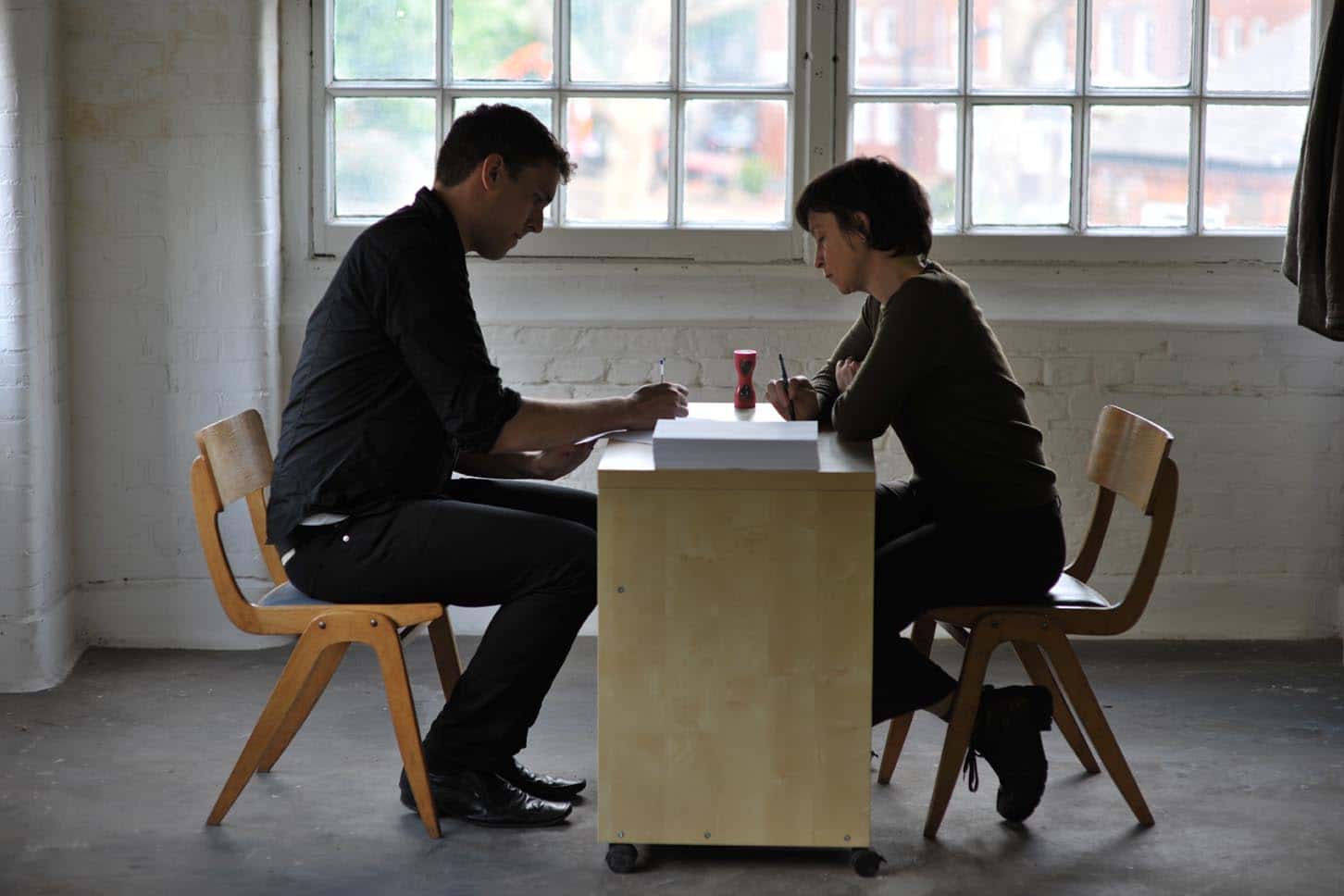 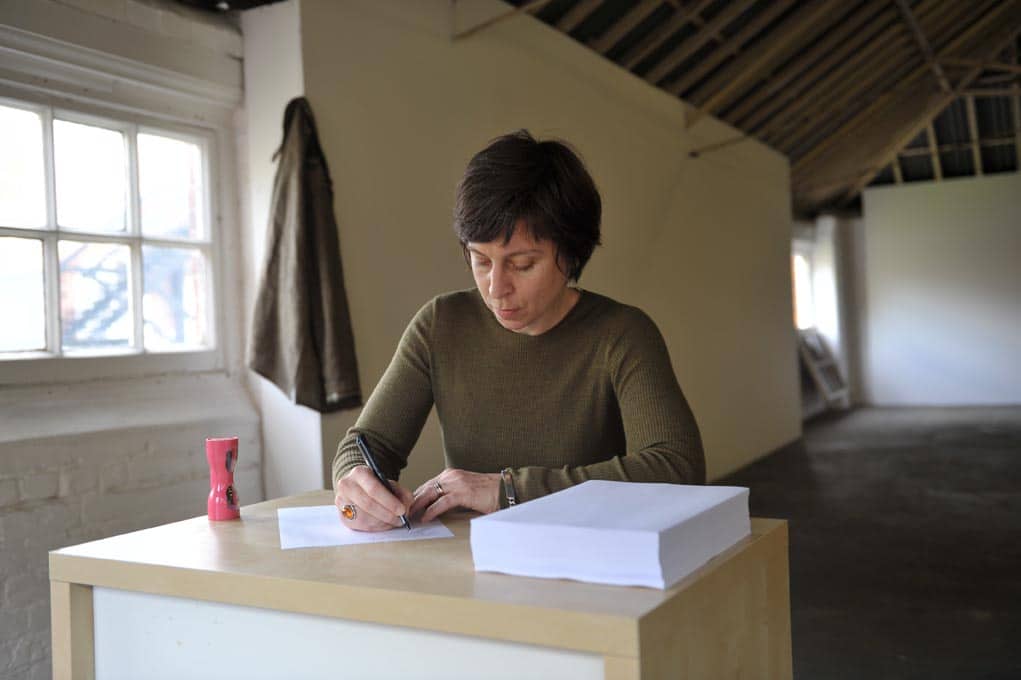 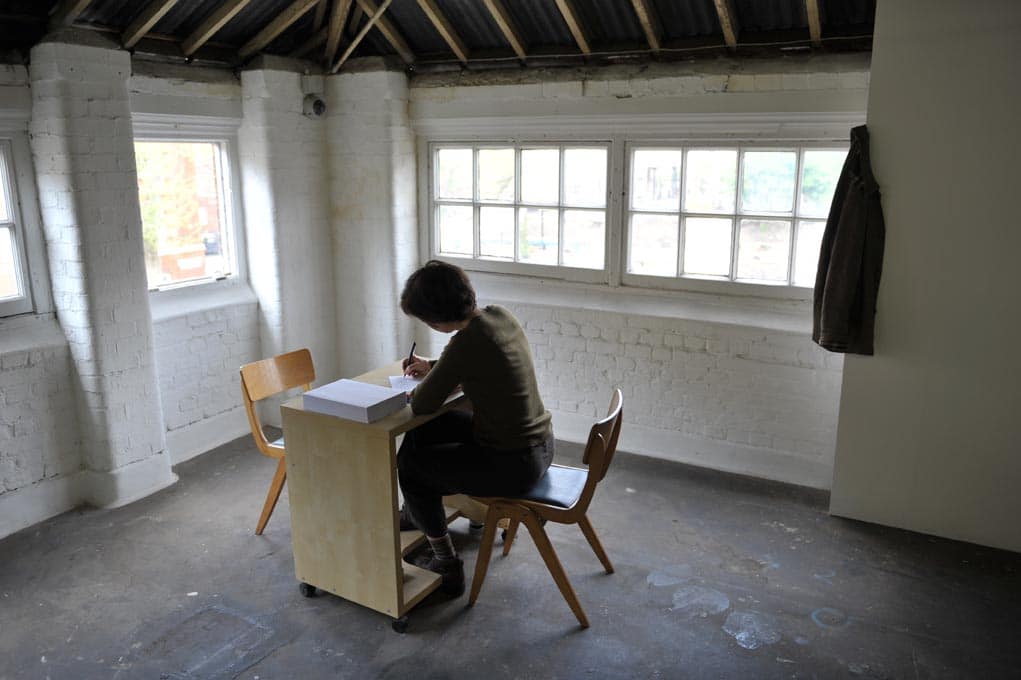 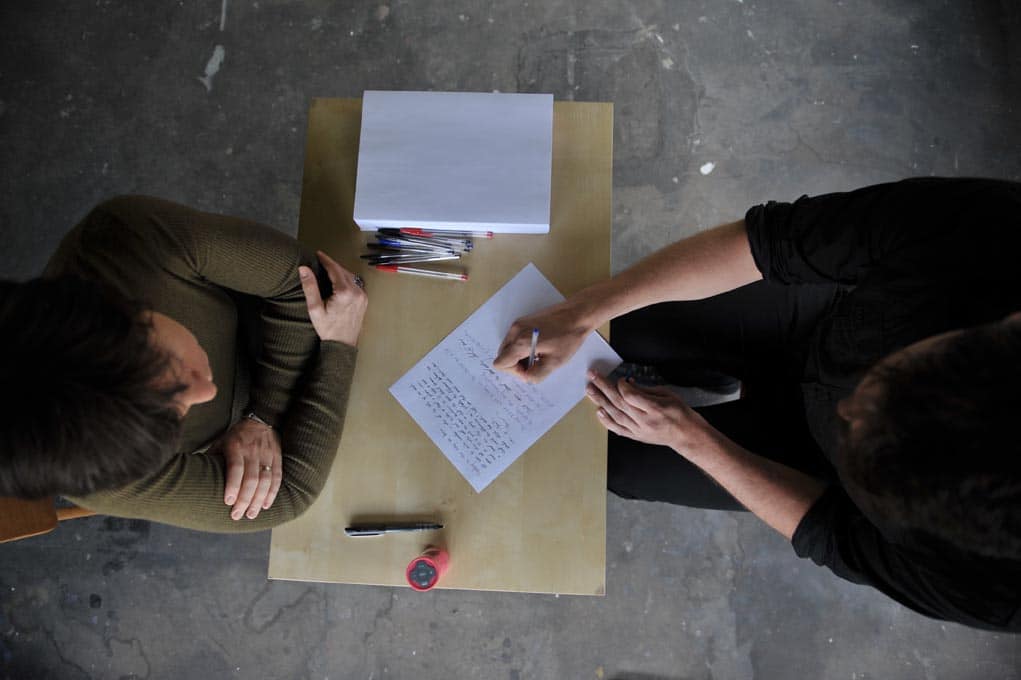 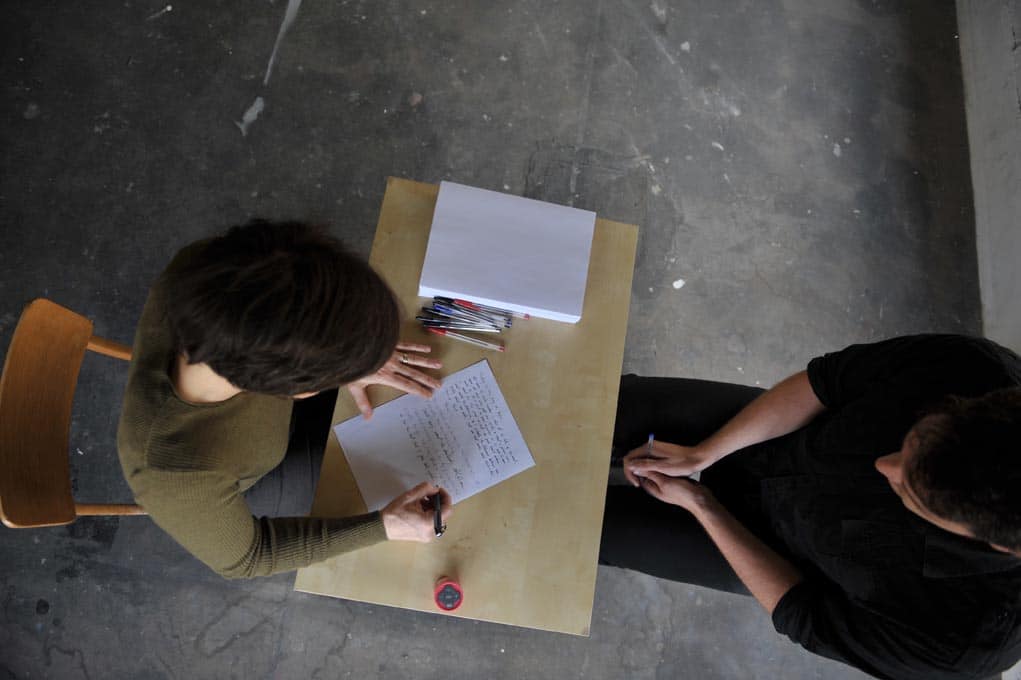 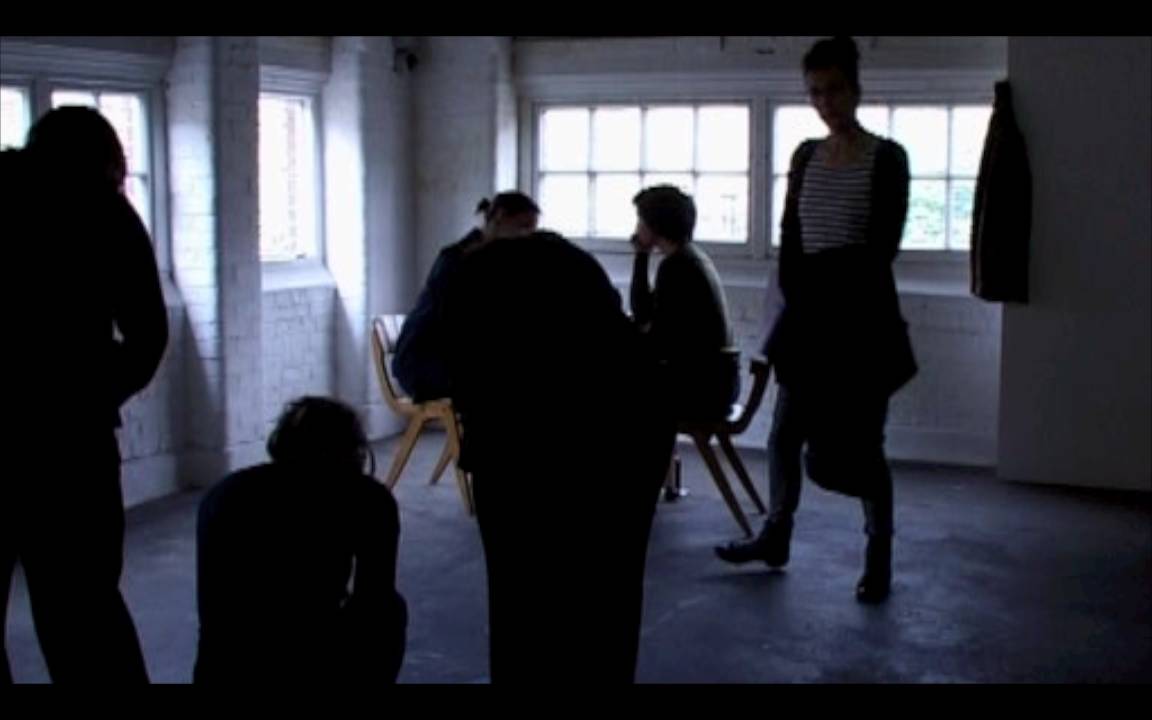 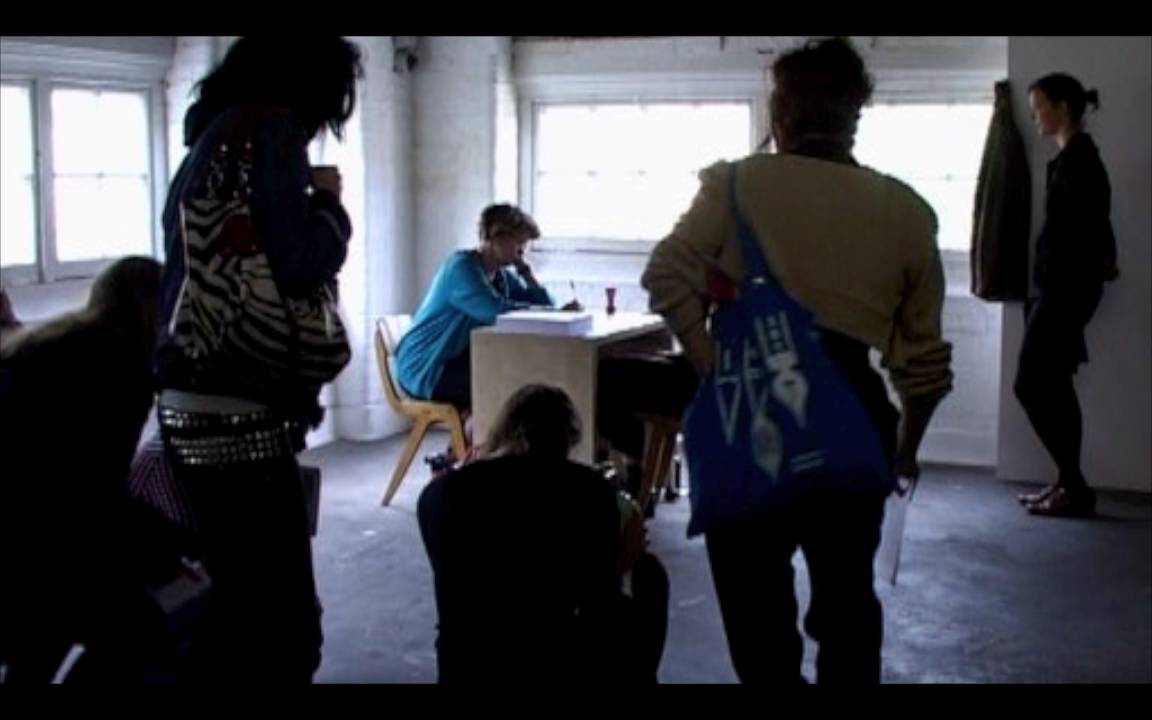 Photos taken by the video documentation provided by the British Library